Two more inks for Pure Pens’ Celtic Collection. Note: this post was taken from my initial reactions on Instagram, so it’s a bit scatty. 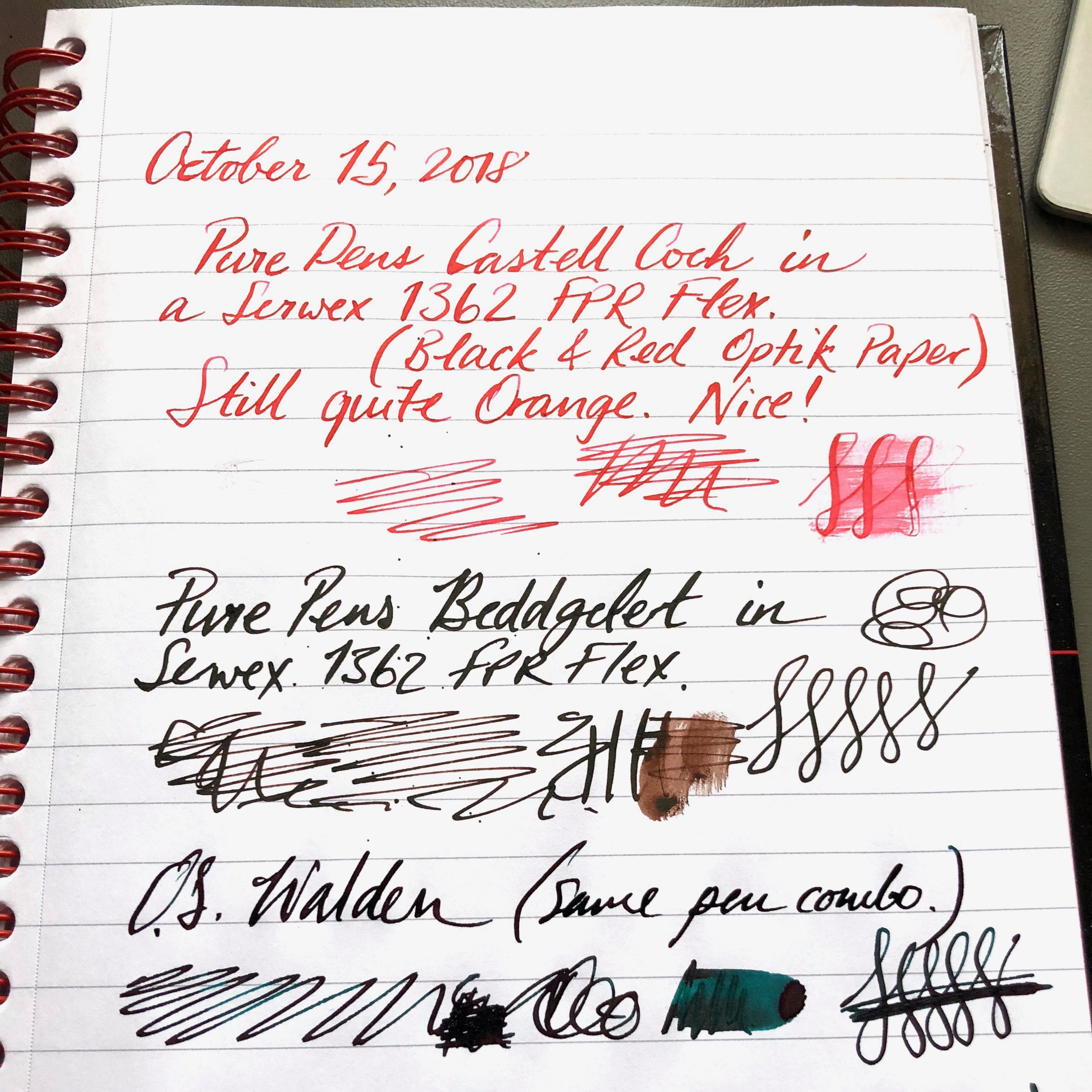 Beddgelert is a good middle-of-the-road chocolate brown. Milk chocolate when swabbed; dark chocolate when written. No extreme shifts towards red, orange, yellow or black, which is good. I think I’ll prefer Diamine Ochre as my go-to, as it seems to shade better, and I like the warmer “tea bag dregs” look of it.

I do want to compare Beddgelert to SBREBROWN, when that’s re-released. If I hadn’t taken to Diamine Ochre, Beddgelert would definitely have ticked my boxes, as it doesn’t veer off into red or yellow like so many other “browns”. It’s exactly what you’d expect if someone said “brown”, and that’s surprisingly hard to find.

…and Castell Coch, compared to… well, yeah, I don’t have many pink inks. More orangey than I expected, especially when thick/wet. I’d reckon on a more baby pink when used normally in a fountain pen. 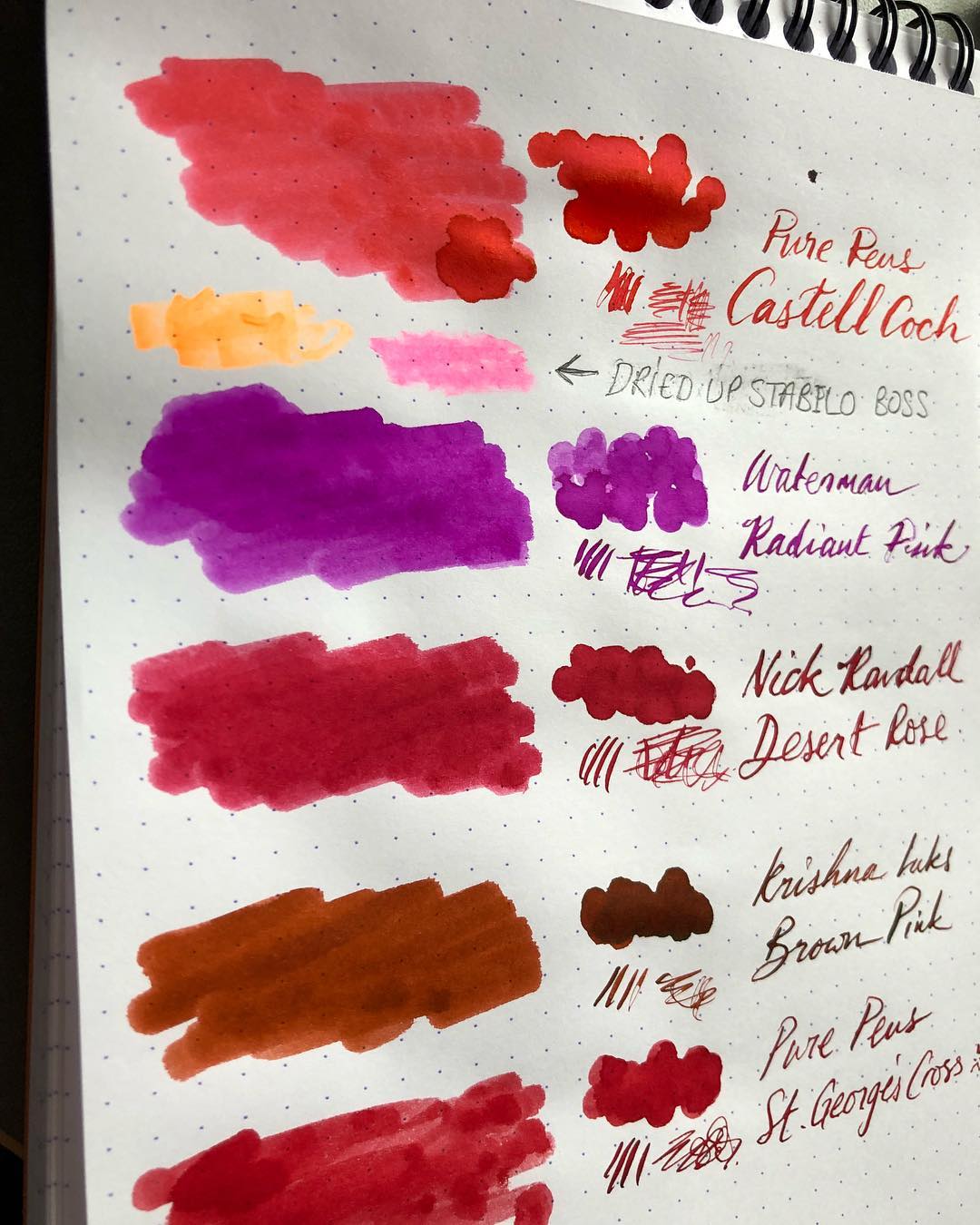 I tried it in a fountain pen; admittedly an FPR Flex, so a bit wet, and it’s still a good orange-red. It smears to a pinker tone, but unless the pen is dry, it’s neon hot pink at best, candy apple red + emergency international orange otherwise. That’s in terms of pinkness.

Without judging it on those terms, in and of itself, it’s a nice vibrant colour. Maybe a rebellious alternative to red ink. 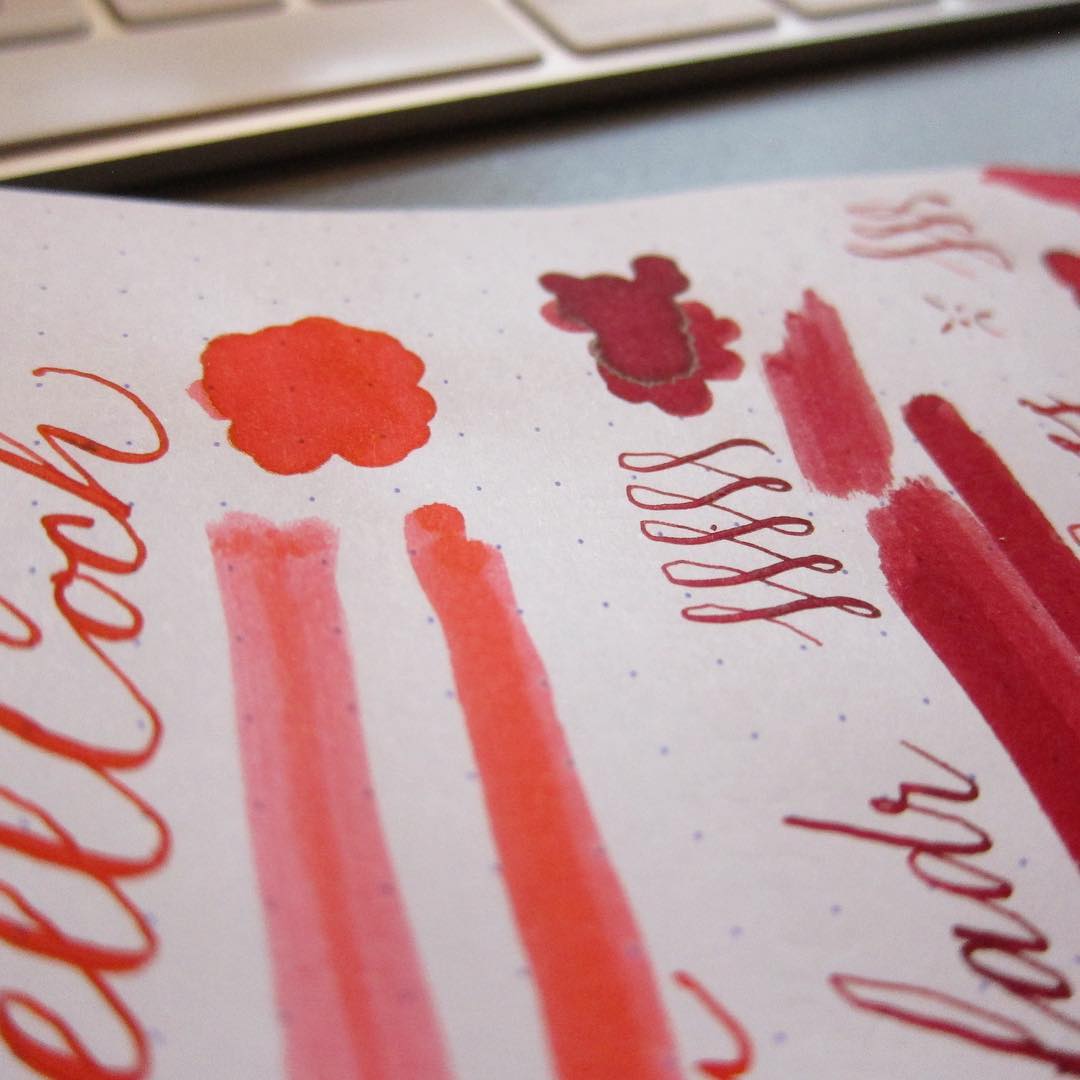 Follow-up: I was asked to do a comparison between Castell Coch and Cadwaladr. This time a drier swab shows the pink I was originally expecting. The flatbed scan even more so, but it screws with colours and contrast all the time. Still a beautiful ink. 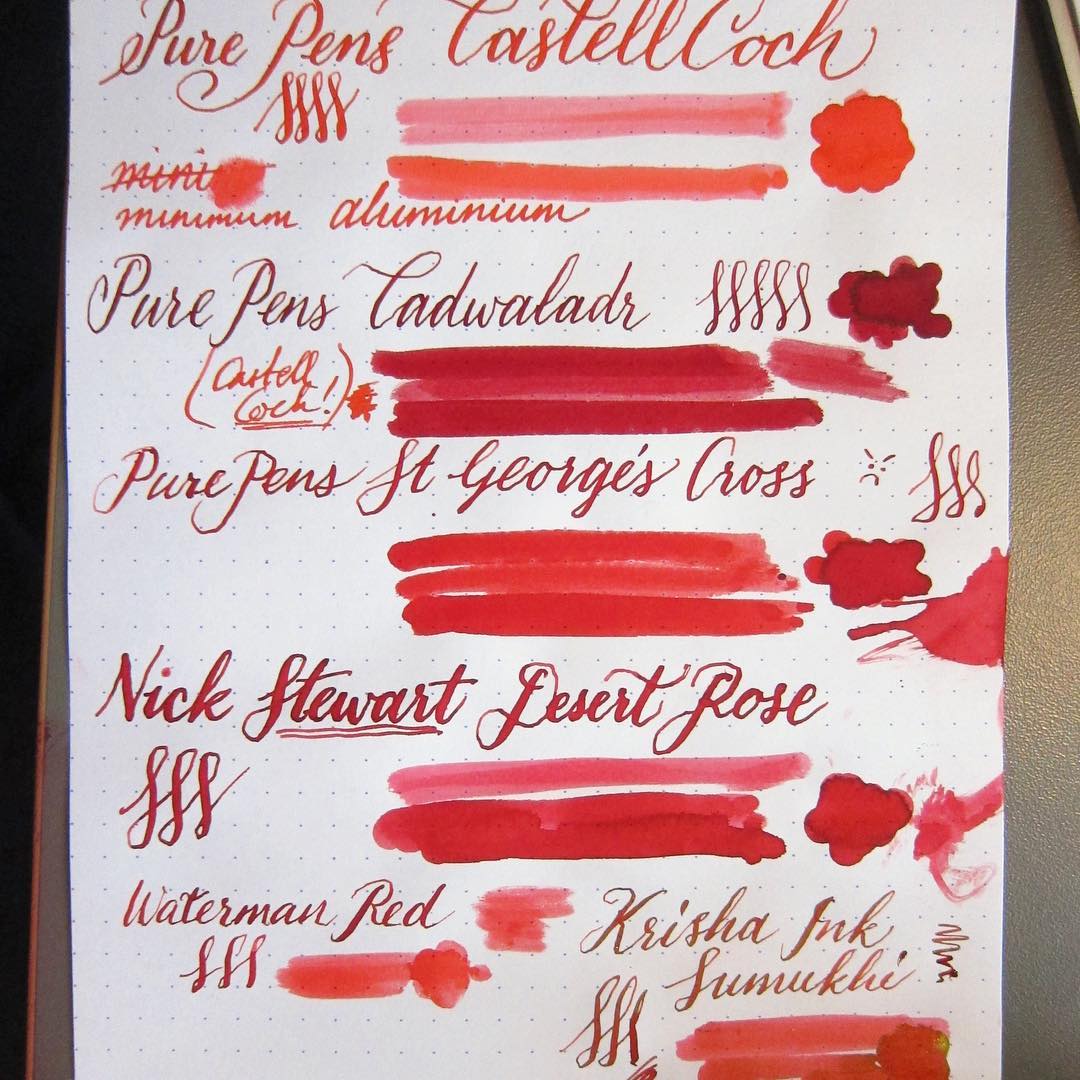